How gay films made me a better man 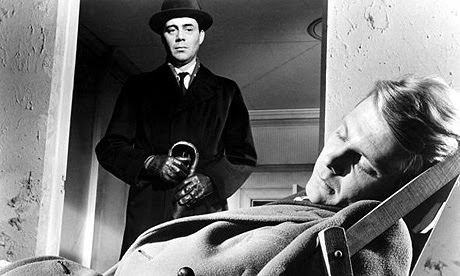 In 1960, the British housewife's favourite pin-up, Dirk Bogarde, made a decision that would all but destroy his existing career. The actor now best remembered for his roles in tense studies of society's hidden underbelly had before then been famous as the heart-throb star of unchallenging comedies and romances, the staple, sugar-coated fare so essential to propping up the uneasy peace of 1950s normalcy. But then he signed up to play the part of Melville Farr, a gay barrister who decides to expose a gang who are blackmailing him with evidence of an illegal homosexual attachment, at the cost of his career, reputation and marriage.

When it came out in 1961, Victim, directed by Basil Dearden, provoked responses of disgust from the press, public and even members of its own production crew. It was the first film in which the quintessential cinematic line "I love you" found itself being addressed to one man by another, and in which therefore the emotional lives of gay men were represented as being in sync with heterosexual "normality" – rather than, as was usual, as emanating from a seedy, topsy-turvy world bearing no discernible relation to the feelings and lives of "the rest of us." In this respect, the course of Bogarde's career wasn't the only thing altered irrevocably by the film – although Bogarde, who never publicly came out as gay, always maintained there was nothing autobiographical in his performance – for Victim is credited in part for paving the way for the Sexual Offences Act of 1967, ending the blanket proscription of sex between men that had existed in British legislation since 1885...
Email Post
Labels: film