The good, the bad and the opera 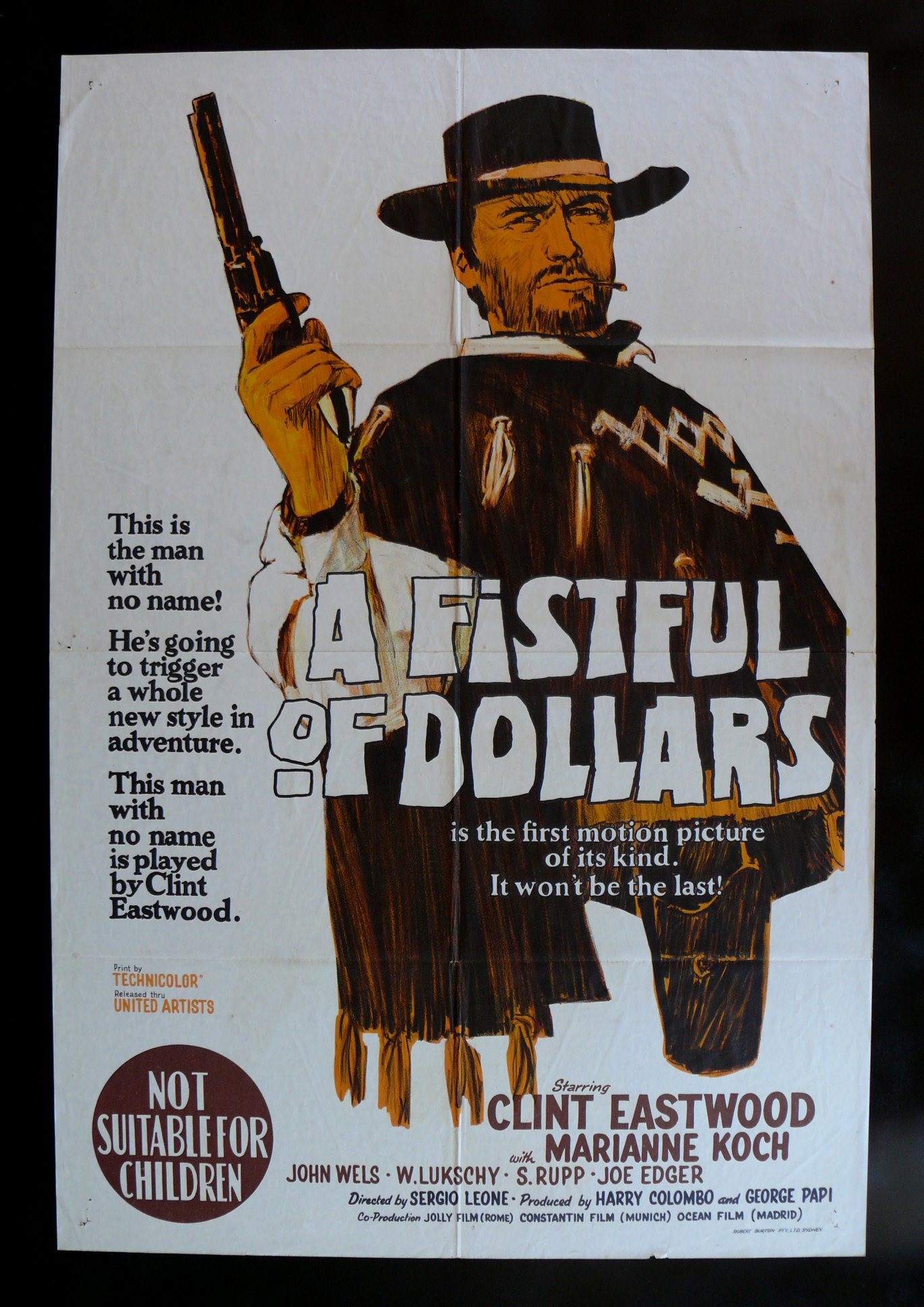 The arrival on my desk of a rather lavish-looking DVD reissue of Sergio Leone’s ‘Spaghetti’ Westerns – or at least of the three that star the young, impossibly handsome and preternaturally cool Clint Eastwood – drew a large smile from me. I love these films, and now I was going to take them home, cancel all engagements and spend an inordinate amount of time working on the steadiness of my gaze, the speed of my draw, and my repertoire of silly but evocative vocal effects. But then the old ethical clockwork kicked in and the corners of my mouth found that their swift passage to my ears was prematurely blocked. In order to take the box – which I can swear was whistling at me – I would at least have to try to write something about the films. But how would the journalistic a propos – the ubiquitous device that confers the appearance of relevance even on the clearly and extravagantly tangential – be made to fit here? ‘A propos of the London Film Festival,’ I essayed, ‘stay at home and watch something really good.’ Perhaps. Perhaps not. ‘Old films, new shiny box’. Hardly. ‘Hitherto unseen footage reveals Eli Wallach’s mid-scene boot change!’ Indeed. Just as I was giving up hope, along came a glimmer of hope, albeit one of such slight aspect that the phrase ‘clutching at straws’ barely comes close.

‘Operas’, I thought. That’s what these films are, when it comes down to it. And on reading that Glyndebourne Touring Opera are again performing a specially commissioned and rather dismal sounding opera whose principal aim is to entice younger audiences to the opera, the looked-for a propos clause came into focus. Why waste all this money on a trick that always fails, when the job could be done much more effectively and cheaply by Leone’s wonderful films? Just think of it (or try, at least). Think of the fact that not only is the main star more famous than either the writer or director, but so too is the composer: many more people are aware of Ennio Morricone than Sergio Leone, just as there are very few ‘fans’ of Lorenzo da Ponte in relation to those of W A Mozart. Think, too, of the way in which the films work best in the original Italian – despite being set in North America – not because of the vagaries of lip-synching (which isn’t all that bad in the US version), but simply because of the fact that there is no particular need to understand the dialogue. As with much opera, the semantic content of the verbal exchanges between characters is of no dramatic importance when compared to that of the way in which the sound of their voices signifies their emotional states, or the way it can change the audience’s focus from a general to a specific scenario.

But these details are merely anecdotal when one considers the points of comparison between standard devices of operatic dramaturgy and the cinematic techniques of Leone. In long, visually and dramatically static tableaux – just like the numbers of a Baroque opera – the drama unfolds not through extended dialogues and snatched narratives, but almost exclusively through a mixture of blocking (the placing of characters on the stage), pictorial devices, gesture and mime, and, of course, music. The use of Wagnerian-style leitmotiv, although prevalent in Hollywood music in general, is radicalised by Leone and Morricone in a way that deepens the characterisations and controls the flow of action, and our perspective upon it, leaving a musical drama that achieves a vast range of referential, emotive and dramatic effects with an extraordinary economy of means. Everything about Leone’s directorial style testifies to the emergence of these films from a culture in which opera was not an elitist luxury but a municipal facility every bit as basic as a public library or garden. There is no sense, for example, in which the mythical proportions of the stories will strain the audience’s capacity to suspend disbelief; rather, and just as in opera, the mythical elements are taken as the very source of the audience’s interest, Leone, in his effortless mixing of the epic and the elegiac modes, doing all that he can to emphasize the essential unreality of his heroes and villains.

In this mythical context, the most interestingly operatic of the films is The Good, the Bad, and the Ugly. When the film was being prepared for US release, Orson Welles advised Leone to abandon the project on the grounds that treatments of the American civil war were ‘box office poison.’ But Leone doesn’t ‘treat’ the war. Rather in the vein of the numerous historical operas of the nineteenth century – where the context hardly touches the bare essentials of opera’s pared-down dramaturgy – the briefly cited triumphs and tragedies of Leone’s civil war appear as a kind of emotive and descriptive backdrop which the mythical heroes appear to pass in and out of like ghosts. The Western characters literally move and speak differently from those populating the military scenes. The music is also in a completely different style, consisting of a Copland-like trumpet fugue that melts into a poignant symphonic continuum – an absolute contrast to the descriptive and jerky score for the bounty hunters and outlaws.

The whole story hinges, in fact, on a couple of chance encounters between the two spheres, when the three heroes get to hear of some buried treasure, the gold supply of a subsequently decimated rebel battalion. But as the story approaches its climax, the two realms mix more strongly. The heroes are literally illuminated by their passing through the theatre of war, and it is only here that the moral contrast between Eastwood’s character (‘The Good’) and Lee van Cleef’s (‘The Bad’) acquires any meaning, thus giving the famous final graveyard scene a genuine emotional depth and dramatic grandeur. Before van Cleef takes brutal charge of a Yankee prison camp, repeatedly torturing and humiliating the prisoners, simply in order to trace the one man alive who knows the whereabouts of the rebel gold; and before Eastwood’s latent compassion takes dramatic shape in the diffusing of an entrenched and pointless battle and the easing of a young soldier’s passing from panicked terror to peaceful death by the administration of a few puffs of one of his trademark cigars – before these profound but incidental journeys into another world of action, the three heroes were all simply more or less ugly.

Oddly enough, this dramatic use of genre-transgression, for want of a better term, has been one of the principal musico-dramatic devices of opera since Mozart. But the depth achieved by Leone here has few parallels even in the world of opera. Perhaps only Ariadne auf Naxos, where Richard Strauss dramatises the artistic exhaustion of the tragic and comic operatic styles – and the redemption of each through contact with the other – by a chance encounter and subsequent sympathetic engagement between characters from each closed world. Ariadne, though, is one of the most artistically complex of all operas – having opera itself, of course, as its subject – and many committed opera buffs profess to finding it too contrived and artificial. But its most radical dramatic element is there, along with so many other distinctively operatic devices, in one of the most popular gunslinger films of all time. What better prelude to a night at the opera, then, than a night at home with Clint, the coolest primo uomo ever to strut his stuff upon the stage?
Email Post
Labels: film opera